Gamers have been stung all too many times when waiting on a highly anticipated new game. Sneakier devs will often hook their audience with a series of flashy trailers that promise the perfectly rendered world, only to hide an obligatory disclaimer in the corner of each one stating that what we’re seeing is not actually gameplay footage. Then, on the fateful day of its release, we’re left lamenting over what could have been.

Which is why the gaming community have become savvier than ever, withholding their excitement until the all-important gameplay trailer is released. Well Ubisoft have finally graced us with such a trailer for their new The Division app game, Resurgence. And it’s safe to say that we have nothing to worry about. Probably.

The Division Resurgence is the next in a long line of next-gen app games set to join the likes of Apex Legends Mobile in thinning the line between console and mobile gaming. It is Ubisoft’s own attempt to bring one of their most acclaimed titles to mobile platforms, offering a AAA third-person shooter experience with a brand new story to sink our teeth into.

And by the looks of the gameplay trailer, they’re not skimping on quality. Players can still navigate an open-world New York with beautiful 3D graphics while engaging in firefights which involve different classes, weaponry and tactics. Like its console counterpart, players can play as part of a team as they face off against different enemy factions and complete quests or simply explore the world around them. 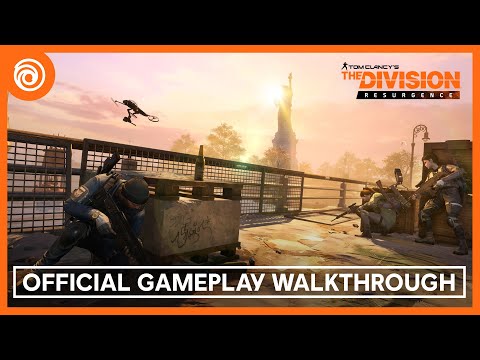 The narrated trailer covers a slew of familiar mechanics that will no doubt have the same effect on The Division fans as Apex Mobile had on its own well-established fanbase. Of course, it’s safe to assume that the trailer is being played on the highest spec mobile device available. But even with that in mind, it looks undeniably impressive.

A disclaimer at the beginning reads that the footage is not final as it is still in its alpha stage. However, prospective players will soon be able to see with their own eyes what this The Division app game will have to offer by signing up to be a part of the closed alpha via the official website.

Either way, this looks like a title that will give other AAA app games a run for their money. Speaking of which, there was no word on how Ubisoft plans on monetizing the game. So for now, we can only hope they will restrict the in-app purchases to cosmetics.