CotC Review – Everything You Want To Know

Octopath Traveler: Champions of the Continent (CotC) is a JRPG app game, a prequel to the console and PC-based Octopath Traveler, and my first foray into the franchise. This means I jumped into this title as a complete noob. Which, according to many a CotC review that can’t help but compare it to the original, is pretty rare, apparently.

My experience of this JRPG app game, then, has been untainted by the title that came before. With that in mind, this Octopath Traveler: CotC review should help any app gamers out there who have yet to dive into the franchise figure out if this free-to-play foray is worth their time.

Right off the bat, Octopath Traveler: CotC is a great choice for JRPG app game fans. It features outlandish foes to best in turn-based combat, quests and side-quests aplenty, a team comprising a colorful host of characters, and inventory management with *ahem* unusual weapons (seriously, Scholars just bop beasties on the head with a book).

Unlike its predecessor, battles are waged with a troop of eight fighters instead of four. And controlling eight characters – each with a particular set of skills and talents – requires some strategizing that makes each boss encounter feel like an oh-so rewarding challenge.

This sense of accomplishment is bolstered if you decide to avoid guides, which I would heartily recommend. Exploration of the open-yet-linear locales is also a beneficial experience for completionists and helps to soften one of Octopath Traveler’s main downsides: the grind.

Grinding is no big deal for past masters of JRPGs who may have spent their youth trawling through Victory Road in Pokémon or preparing for some rendition of Shinryu in Final Fantasy. But powering through the first few hours in Octopath Traveler: CotC may lull some players into a false sense of security as they breeze through their travelers’ levels at a breakneck pace. Make no mistake, though: keeping up with the difficulty curve will require a fair bit of time and effort. Or, of course, money.

I spend a lot of time gushing over the graphical capabilities of modern phones because – truth be told – I’m just one of those people. Call me superficial, but I love a game that looks flashy.

Which is why I was shocked to find myself gushing just as readily over a game whose graphics are ripped straight from the RPGs of the 90s. Now that app gamers have been spoiled by the likes of Apex Legends and Black Desert Mobile, I was not prepared to find myself blown away by some 2D pixels. But Octopath Traveler is beautiful.

The title uses a graphical aesthetic known as HD-2D. The 2D pixels live within an Unreal Engine-powered 3D environment, and the blending of these two formats works wonderfully. From eye-catching lighting effects to sprawling 3D backgrounds, the game is a visual delight.

The depth of the Octopath Traveler: CotC narrative is evident from the beginning. Players begin their magical journey with a choice: the pursuit of wealth, power, or fame. Depending on their choice, players will begin a quest dedicated to that branch. This only gives the illusion of replayability, however.

I chose the path of fame. For no real reason other than the quest branch’s nefarious big-bad looked like the lesser of three evils. But it soon became apparent that this wasn’t as big of a decision as the game first makes it out to be, as players can choose to delve into both of the other three main quests quite soon into the game.

But what follows regardless is a freedom to explore a deep and compelling storyline which is typical of Square Enix games. As if that wasn’t enough, players can also decide to dive into the individual stories of their fellow teammates in sidequests that range from the sublime to the ridiculous, Speaking of which…

Octopath Traveler: CotC features a lot of different playable adventurers, each with their own specialities, skill trees, personalities, fashion sense, and reasons for adventurin’. Oh, and they are all the protagonists.

One feature that struck me as particularly unique was that Octopath Traveler: CotC can be played with any character posing as ‘the leader’, though as you amass your team of chosen ones it becomes apparent that they’re all as special as each other.

Whether or not this is a welcome spin on a formula as old as time is up to the individual. For my two cents, it was an interesting change of pace, but could at times feel messy and confused as NPCs interacted with many characters as if they were just one.

The “too many cooks” adage also rings true as I found myself failing to root for any one particular character on this epic quest. It can be frustrating to find a character that stands out, only to have them relegated immediately by the five-star alternative that you pulled the day before.

With that being said, it is also more than feasible for players to pick out their favorites and stick to that dedicated team without succumbing to the fickle nature that I obviously wrestle with. Which is good because…

It’s expensive. That’s if you decide to drop any money on this element of the game. Like most gacha or free-to-play games, the cash shop is ever-present – the biggest menu item at the bottom of your screen with a somewhat convoluted “Guide” system that somehow feels designed to discombobulate.

But rest assured, Octopath Traveler: CotC can be played comfortably without spending a penny. Myriad reward systems are all too happy to rain gems upon players as they carry out simple day-to-day tasks or daily logins, and before long players will find themselves in possession of enough gems to drop on another ten pulls from the shop.

Octopath Traveler: CotC is a Square Enix game, a developer so famed for its compositions that it has held bonafide concerts dedicated to the epic arias of its titles. The music is an oft overlooked (Overheard? Underheard? Language is strange.) component of video games that can catch us off-guard when composed with as much passion and care as Square Enix. Octopath Traveler: CotC, I was pleased but not surprised to discover, is no different.

It can seem like a trivial reason to recommend a game, but immersing oneself in a fantasy world as fleshed out as Square Enix’s is made all the easier by the scene-setting powers of its masterfully crafted backing tracks.

Battles are made more intense by the crescendo of strings, whilst lighthearted woodwinds make walking through the early open fields feel like something out of a dream. Rest assured, if this CotC review was for the music alone, it would be an easy 10/10.

Octopath Traveler: CotC is an exceptionally intuitive app game to control. Maps are composed of many straight lines, and getting from A to B is as simple as swiping in one direction or tapping the destination on the minimap before watching your team of travelers go barrelling towards the designated spot.

Alternatively, more easygoing players can choose to take a leisurely stroll with just a tap-and-drag in a particular direction. And we can’t blame you if you’re wanting to soak in that sweet atmosphere and music.

Battles are just as simple to comprehend, with simple tap-to-choose mechanics becoming second nature within the first few hours. Octopath Traveler CotC is an example of how JRPG app game control schemes should be made.

So with all that considered, this CotC review from the perspective of a complete noob would award Octopath Traveler: CotC a solid 8/10. Never did I feel the need to drop money on more characters, and the allure of its hypnotic setting and rewarding combat system was enough to make me rake in those dailies willingly.

If you’re a JRPG app game aficionado, you’ll find all you could need in the beautiful world of Orsterra. And while fans of the original PC/Console title might find the app-based mechanics hard to overlook (they’re a fact of mobile gaming life at this point), there’s no reason why you can’t still take this spinoff for a spin when you’re out and about and need that Octopath fix.

What did you think about the Cotc review? 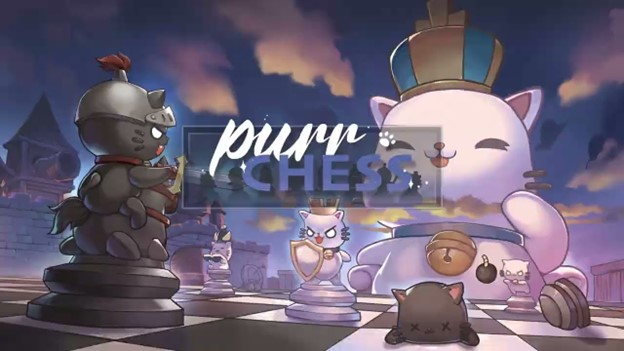