Last month, we published a Hero Emblems II review. It’s safe to say that in the process of researching said review that we became well and truly hooked on the match-3 RPG app game from Heatpot Games. As such, we thought we’d put our playtime to good use and write a Hero Emblems II guide. 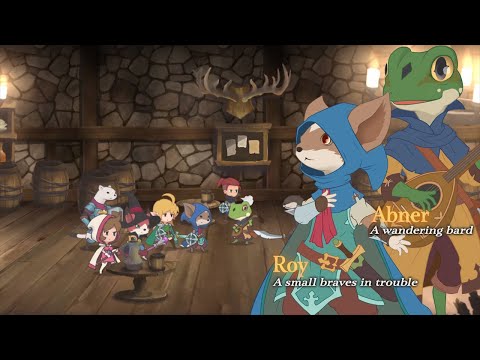 This Hero Emblems II guide is designed for beginner and mid-level players. Because Hero Emblems is a match-3 RPG, it brings in players from two distinct genres, those players may not have the experience required to excel in the other genre. As such, these tips cover all aspects of the game, from choosing your equipment pre-battle to what to do in the gem-matching heat of the moment. The Hero Emblems II tips and tricks below have been laid out so as to slowly increase in difficulty, starting with beginner tips and finishing with more advanced ones.

Think about the emblems you’re not matching as much as the ones you are. You will get yourself in trouble if you continually target the power emblems and leave yourself an array of webbed, frozen, or locked emblems for later in the dungeon.

Fortunately, there are no time-restrictions in Hero Emblems II, it’s one of the things that makes the game a great casual RPG experience. Unlike other match-3 games, the only reason to rush is if you want a better match grade (but getting Ultras is a much more heavily weighted grading factor). When you face an important battle or you find your team low on health points, there is no reason to not sit back and tactically plan out each and every swipe. Hero Emblems II is a surprisingly challenging game at times, don’t just swipe at any old match – think ahead and search for the optimal one.

Here’s a simple tip that’s all too easy to overlook. Don’t forget to equip your consumables every single time. Because you can only have one of each consumable equipped and you use them often, it’s all too easy to come unstuck facing a boss, discovering you have none of the potions you were relying on.

Ultra Emblems are your best friends, they activate the ultimate attacks of your party members. Just activating one Ultra Emblem can be a saving grace by granting you a team heal or a protective dome shield. But if instead you’d prefer a coup de grace, get a couple of Ultra Emblems next to one another and match them together. It will activate the ultimate attacks of every single one of your active party members, essentially giving you four ultimate-attacks for the price of two.

Granted, this advice might sound a bit trite, but sometimes you just have to try again. As much as you’d like to be able to predict each and every gem’s fall, you’re not Rain Man – sometimes you just need a bit of luck and another shot. On occasion, we’ve tried fighting Hero Emblems II bosses and failed miserably only to sweep through them the next time thanks to a fortunate chain of matches and the slightest change of strategies. As any gambler will tell you, sometimes it’s just the way the cards fall.

Don’t go exploring dungeons before going to the nearest tavern and getting the lost quests. You’ll only end up having to go through them again to get the loot. If you want to go exploring, do it around the world map; there are hidden coins and secret items generously scattered in the map’s apparent dead ends.

As in any Match-3 game, the points really start pouring in when you get a chain reaction of matches. You all know the feeling, when it just feels as if the gods are smiling upon you as you get match after match. Targeting vertical columns as opposed to horizontal rows will increase your chances of achieving these chain reactions, especially if you target the ones at the bottom of the board.

Whether it’s a particularly nasty set of foes, or more likely, one of Hero Emblems II’s ferocious bosses, it can be demoralizing to fail and find yourself back at the beginning of a dungeon. Rather than just blindly trying again or marching back to town to buy better gear, instead try looking to your amulets to find gear that is especially effective against that boss type (i.e. fire resistance amulets). Don’t forget to change it back!

As you progress through Hero Emblems II, your party is expanded with buffing frogkin bards and all manner of damage dealing classes and all-rounders. The two most important classes, however, are your healer (Odelia) and shield giver (Lucien). It’s wise to bring them into the fray regularly to ensure your team are always in top condition. Constantly keeping your team on high health and shields while slowly dealing damage with your other two party members is a reliable and consistent tactic for defeating the vast majority of foes.

Another trick for dealing with challenging bosses comes in the form of preparing your board beforehand. Because boards tend to carry over throughout dungeons, you can ready a board for the boss at the end by tactically filling it with devastating Ultra Emblems and then unleashing fury when you get to the BBEG. That giant rock-worm won’t know what’s hit him.

Hero Emblems II beginners all too often overlook Trait Cards. That’s understandable. Not only are they more complex than most of the other mechanics, but you get no real reminders of what you’re using. That means you need to memorize them. Hard work? Maybe. But they can be incredibly powerful – whether it’s healing your whole team or even resurrecting them.

As a rule of thumb, it’s wise to prevent debuffs from building up on your board. You should match to remove them before they become problematic. But this rule is not an absolute law. Hero Emblems II does not teach you what the debuffs do after the first few, but it’s vital to learn them to know whether or not you should act. For example, when gems are zapped, you shouldn’t match them – it will achieve absolutely nothing. And yet, when gems are poisoned, you should target them as soon as possible lest their poison spread.

One thing we found while playing Hero Emblems II is that we got too comfortable too often. The result? Surprise defeats out of nowhere. These unexpected losses are especially frustrating when you have healthy party members on the bench ready to be activated. Sometimes all it takes is one big AoE attack and your whole party is wiped. Plus, assuming you have the right Trait Cards equipped, you’ll benefit from your reserve team member’s tag-in bonuses.

Granted, this is somewhat contradictory to the previous tip in our Hero Emblems II guide, sometimes it can be better to let you heroes revive offscreen. If you’re fighting enemies that attack all your party members at once, it’s better to leave out one team member on good health and shields (even if all their active companions are downed), to buy time for your other team members to get their health back off-screen. If you don’t do this, you run the risk of bringing weak team members back into the fray only to have them defeated resulting in you having to wait 7 turns for them to resurrect.

We hope this Hero Emblems II guide has been useful for you. It’s a great game that we’re really looking forward to playing more of. If you’ve been playing the game yourself, be sure to let us know what your best Hero Emblems II tips and tricks are too, so that together our combined expertise can save Roy, Delores, and the gang!

Hero Emblems II is available on the App Store for $6.99.